For any fan of Harvard basketball, it only took stepping one foot inside the John J. Lee Amphitheater in New Haven, Connecticut for the memories to come flooding back. Harvard's twin last possession losses at this Church of basketball last winter cost them their first trip to the NCAA tournament in over 60 years. Tonight, Harvard's freshmen would help their team achieve a catharsis for the hurt they had not personally felt.

On this Friday night, the Crimson would face the best team their archrivals Yale has put on the court in a decade, playing for the early lead in the Ivy League race in front of a sold out crowd. The atmosphere was frenzied, as it can tend to be when the students are literally a foot from the court.

The memories of last season were inescapable in the buildup to the game. After all, of the ten starters from last year's matchup, nine would be on the court tonight. As it turned out, however, the game was decided by players who had likely never been to Yale.

The game started slowly, with both teams missing shots. Yale coach Joe Jones later described it as "two boxers feeling each other out." The score was 9-6 Harvard when Crimson freshmen Corbin Miller, Wes Saunders, Jonah Travis, and Steve Moundou-Missi entered the game. Playing on the road in front of a sold out crowd, this extremely youthful lineup proceeded to stretch the lead, punctuated by two steals that led to thunderous breakaway dunks by the 6'8" Moundou-Missi.

The Crimson's star forwards, Keith Wright and Kyle Casey, struggled in the first half, scoring only two points against Yale's twin towers of Greg Mangano and Jeremiah Kreisberg. And thus the quartet of freshmen re-entered the game with four minutes left in the half, and quickly went on an 8-2 run capped by a 3-pointer by Miller. Harvard led by 11 at the break, and half of those points had been scored by freshmen.

The second half was more of the same. The game was already a blowout when Harvard's traveling fans started chanting "just like football!", referencing the Crimson's six wins in a row over the Bulldogs in The Game.

So far this season, uncertainty has been kind to Harvard. The freshman class has provided depth and unexpectedly big contributions. As Coach Jones said after the game, "last year, Wright and Casey were the cogs. This year they have nine guys who are roughly equal. It's tougher to stop."

The game for Yale seemed to turn on the absence of the one starter it graduated from last year: point guard Porter Braswell. Braswell provided leadership and an ability to run the offense and feed the post. The 2012 edition of the Bulldogs does not contain a true starting point guard. Yale was reduced to having Austin Morgan (a two guard) and captain Reggie Wilhite (an out-and-out wing) attempt to run the point against Harvard.

The results were not pretty. Yale turned the ball over on 40 percent of their possessions, and gave up four steals that led directly to Harvard run-outs. Yale's offensive advantage is their size inside. Mangano and Kreisberg are both very skilled back-to-the-basket bigs. Without a true point guard, however, Yale had trouble feeding them for most of the game.

Harvard's defense, too, deserves credit. Mangano said that Yale "[was]n't ready for how physical Harvard played. They were breaking harder to the ball and it showed." Harvard held its opponent below 0.85 points per possession for the tenth time this year, and had its 6th and 7th halves where the opponent scored below 20 points. The improvement of the Harvard defense has been dramatic.

While it would be easy to make this game about what happened last year between these two schools, these are two new teams who forged a new narrative. The game was decided by Harvard's newcomers and Yale's departed senior. 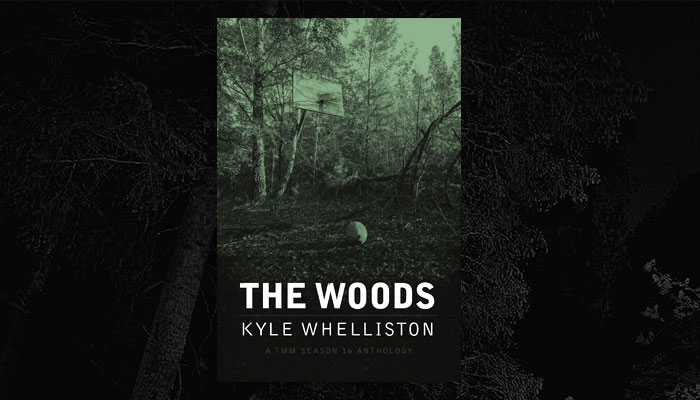 Once you give over your entire identity to a sport, the lines that separate the game and real life start to disappear. Welcome to The Woods, a new 22-essay anthology from TMM's Season 16.